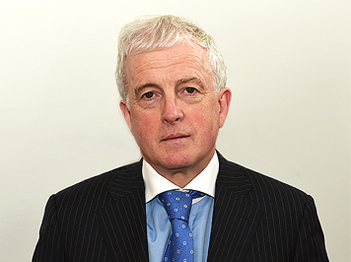 Bernard Gogarty is a graduate of University College Dublin and qualified as a Solicitor in Ireland in 1979 and Northern Ireland in 1992. Bernard has been a Partner with the firm since 1984.

In the area of Construction Law he has acted as consultant to several Local Authorities and has advised many of the major Construction and Building Companies operating in Ireland. He has extensive experience of all forms of alternative dispute resolution including mediation, conciliation, adjudication and expert determination.

Bernard is an experienced commercial litigator having appeared for clients before the Commercial Court, the Court of Appeal and the Supreme Court.

Bernard has been a Fellow of the Chartered Institute of Arbitrators since 1990 and has served as Chairman of the Irish Branch of the Institute, as an Irish Representative on the Council of the Chartered Institute of Arbitrators in London and is one of the Irish Representatives to the International Chamber of Commerce Arbitration Commission in Paris. He has acted as an Arbitrator both in Ireland and abroad and has frequently represented parties, including advocating, in arbitration hearings.  In addition, he has lectured extensively in this area on behalf of the Chartered Institute of Arbitrators and the Law Society of Ireland. Bernard currently lectures on the Post Graduate Diploma Course in Construction Law and Contract Administration in University of Dublin, Trinity College. He has recently been appointed to the Construction Contracts Adjudication Panel established pursuant to section 8 of the Construction Contracts Act 2013.

He was a Member of the Law Society Arbitration Committee for many years and remains involved as a consultant.  He is a member of the following dispute resolution panels: